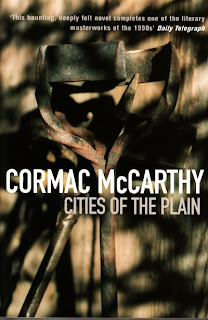 "Men have in their minds a picture of how the world will be. How they will be in that world. The world may be many different ways for them but there is one world that will never be and that is the world they dream of."
Posted by Michael Baker at 9:33 PM No comments: 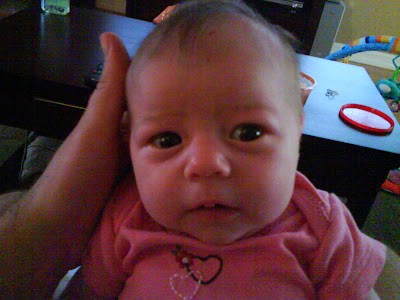 This is Audrey. We've been listening to records, watching baseball games, and feeling glad to have each other.
Posted by Michael Baker at 4:55 PM 2 comments: 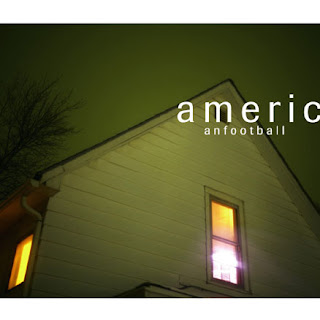 A needle in these grooves still incites the sort of melancholy comfort found in a sunrise over a valley of ashes. A reminder that God is as present on the empty streets as in the town square celebrations. Figuratively. And vice versa.
Posted by Michael Baker at 10:49 PM 1 comment: 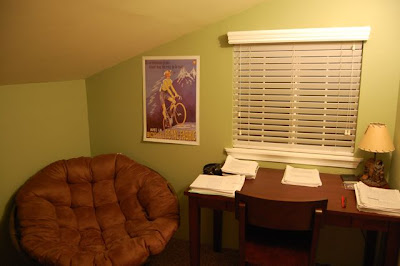 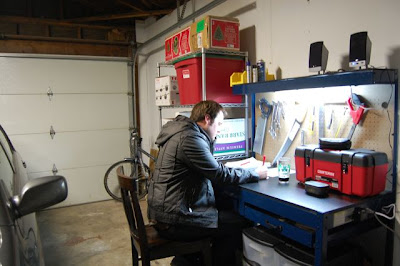 Across the street, two doors over

About a year ago, as I was carrying boxes from the U-Haul to our garage, I was excited to see a neighbor roll down her driveway and pedal toward the city on her bike. I imagined that she was a staunch proponent of responsible transportation, a locavore, a reader, a purchaser of baguettes. After a few days in the new house, I realized the cycling neighbor had a few female roommates who spent a whole lot of time on their porch. Sometimes they’d be smoking, sometimes they’d just be talking, sometimes they’d still be out there when I went to bed. As I sat on my porch they were far enough away to where I didn’t feel like we were watching each other, but I could always hear the muddled buzz of their activity; It leant a sense of vibrance and comfort to the dark cul-de-sac. It wasn’t until we’d been settled for 6 months that I found out it was a half-way house. After the house painter told me, I admitted that I should have been more curious about why 4 or 5 middle-aged women lived together like that. I also realized that the bike rider pedaled by every day because she had lost her driver’s license, not because she subscribed to any of my idealistic suppositions. No matter. Then, about two months ago they had to move out because the owner of the house decided to sell it. When I sit on the porch nowadays I feel like I’m hanging out on an abandoned movie set.
Posted by Michael Baker at 1:22 AM 2 comments:

"When he asked her would she not have been afraid to ride through this country by herself at night she said that there was no remedy for it and that one must put oneself in the care of God. He asked if God always looked after her and she studied the heart of the fire for a long time where the coals breathed bright and dull and bright again in the wind from the lake. At last she said that God looked after everything and that one could no more evade his care than evade his judgment. She said that even the wicked could not escape his love." - Cormac McCarthy, The Crossing
Posted by Michael Baker at 9:18 PM 3 comments: